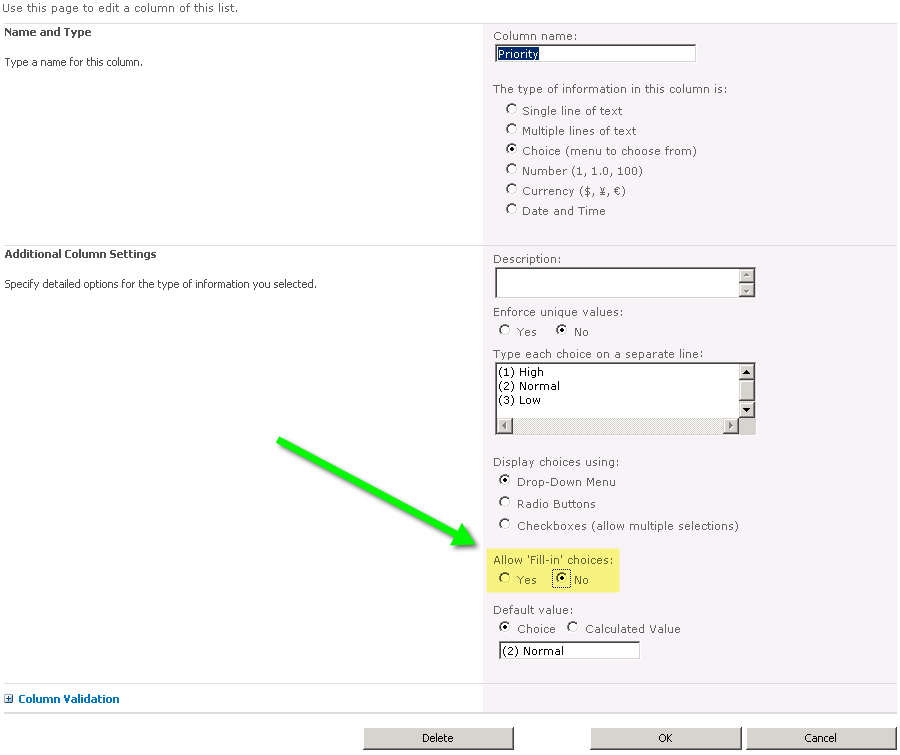 Disclaimer: There are several ways to do this – if you don’t need the list, just delete the whole list.

If you need the structure of the list and just need to delete the items in the list, this script will do it, but there are faster methods out there so if you have 1000’s of items, know that this approach is kinda slow.

You might also wonder why we getitembyID.  You might wonder why we don’t just put $item.delete() inside the foreach loop – that fails too, so we get around that with the last line which seems to work, albeit slowly…

There is a security feature in Windows that prevents certain network operations.

This will usually be a problem in two scenarios:

– You have a web front end, and are trying to do search crawls of your site from the same box hosting the site. Web Crawls fail and are unable to get to the site.

There’s an easy explanation and fix for this – It’s been documented elsewhere so here are the links:

Bob Fox, MSFT PFE has an even better way of turning this off, only for specific domains:
http://blogs.technet.com/b/sharepoint_foxhole/archive/2010/06/21/disableloopbackcheck-lets-do-it-the-right-way.aspx

I’ve run into a few issues in the past year or two that revolved around SSL certificates.

SSL certs usually get installed on your Web Front Ends.

If a hacker steals a Certificate for your bank and installs it on his server, and then directs traffic to his sever, your browser, all by itself, would not know the difference – this is where the CRL comes in – if the bank knows the certificate has been compromised, they can get it “Revoked” which puts it on the CRL, a sort of “black list” for bad certificates.

When the user at home opens his or her browser, part of the SSL authentication mechanism is that your browser checks the CRL list before allowing you to proceed.

Unfortunately, with just the ‘right’ configuration, this can throw a nasty delay into network communications.

Client PC’s connect to this SSL website from everywhere and everyone is happy.

A .Net developer writes some code to access content on the above server. Note here this is code running on one server (doesn’t have to be a web server) connecting to your SSL protected website on a different server.

What happens now is that the developers code “stalls” for about a minute as the server tries to access the CRL to see if the certificate presented by your SSL website has been revoked.

It stalls because the server the developer is running code on doesn’t have access to the internet (It can access your SSL website, because they are on the same internal network)

This can be an issue.

Ideally you’d fix the connectivity problem, but there may be times that’s out of your control (a demo laptop for example)

The next ideal fix would be a system wide fix like a global registry setting. This doesn’t exist.

Each app gets to decide how to deal with checking CRLS –

This article lists 14 different infrastructure pieces and how each is configured to disable CRL checking http://social.technet.microsoft.com/wiki/contents/articles/964.certificate-revocation-list-crl-verification-an-application-choice.aspx

One personal observation I’ve made is that Google Chome doesn’t seem to care about the CRL – (link) so if you think CRL is a problem on your server, and you can install Chrome, you could then compare how long IE takes to bring up your web page from scratch vs Chrome.

I’ve used the script below to turn off CRL checking for .net code: