Today I had some complaints that the SharePoint farm was slow – one of our teams noticed that an automated site creation process they used was timing out which is rare.

I brought up task manager which showed one of the w3wp.exe processes taking up about 25% CPU on a 4 core system.

I then launched Sysinternals process explorer, which if launched as an administrator, has some nice features.

I then searched the internet for a powershell command to list workflows in the farm and found this one:

With a little bit of fiddling, I was able to alter the script to just the web application (IIS site) in question.

A little bit more fiddling and I added the number of RunningInstances and added an if statement to the output so that it would only output the workflows with running instances.

The completed script:
(All credit really goes to Nico Martens at sharepointrelated.com,
I’m only including the script here because I altered it to add the Running count which wasn’t in his original script):

PS, I kept this script Private for a while because I wanted to get Nico’s permission to include his script with my revisions here.
I’m happy to report that Nico was ok with that – thanks to his generosity, this is now a public post! 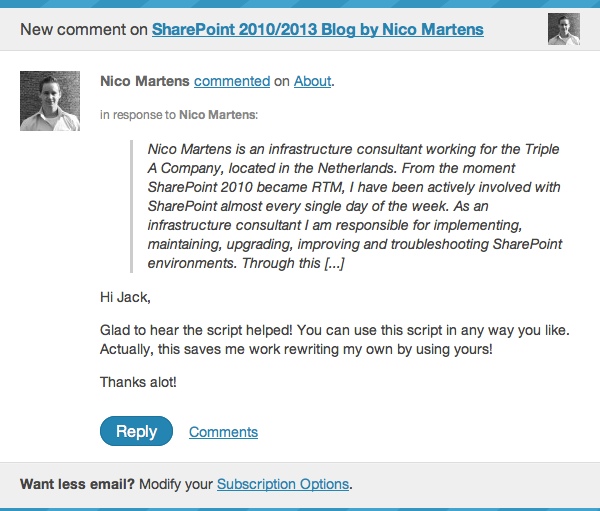